Camille Bidault-Waddington, fashion designer and consultant, is the protagonist of the second #HouseOfMolteni chapter, set in Paris.

Camille Bidault-Waddington, fashion designer and consultant, is the protagonist of the second #HouseOfMolteni chapter, set in Paris.

My house is like a nest, it's something I share with my kids and with all of my books, it's a kind of refuge from the outside world.

Each time I go somewhere it always looks like my house. I see so many people during my work that my house has become a protection from the outside world, it's calm, it’s the place where I'm always myself

The furniture is a mix of family pieces and new ones, some paintings and seats have been in the family for a really long time. I’ve chosen some pieces, some of them come from flea markets, they’re usually things I found with time, they’re not something I've been really looking for, they just happened to be here. 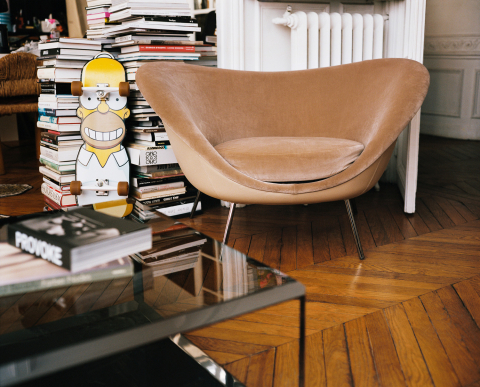 There are only a few things I actually have really chosen, like that mirror from my friend Vincent Darre from his first collection, a sort of anatomic bronze mirror. I also have some drawings I bought from Julie Verhoeven, Pierre Le Tan and some small painting by Gary Hume. All the pieces came trought life, honestly I can't even remember. I feel like they have always been in my house.

All the pieces came trought life, honestly I can't even remember. I feel like they have always been in my house.

Usually my best ideas come in the living room in the middle of books, when I look at one image another idea comes up, it's like a ping-pong in between images and ideas. It's never in my bath or in my bed, that's for sure. It just happens.

My house is fulled with small rooms, but I have been there for 7-8, so, if I would move, I think I’d change for open space, just to start from scratch again. But I’m pretty sure it will probably look the same, each time I go somewhere it always looks like my house. 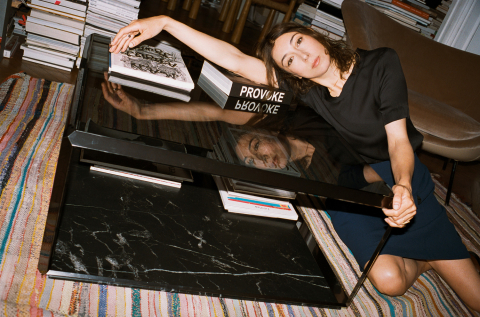 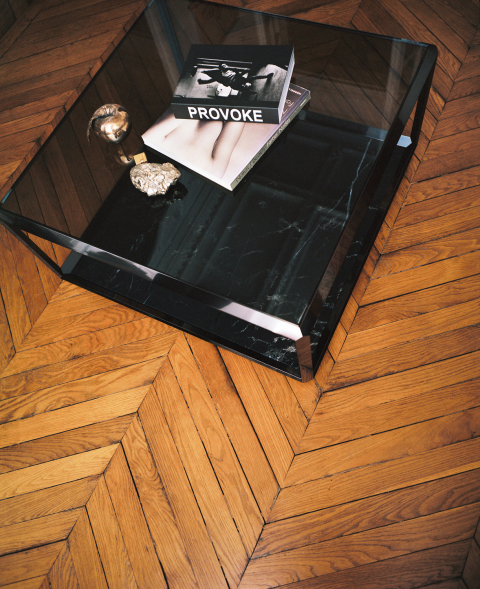 I used to do lots of dinner but now it's more like a quiet place. I still invite some friends, but it's not a place where I invite a lot of people. I see so many people during my work that my house has become a protection from the outside world, it's calm, it’s the place where I'm always myself. 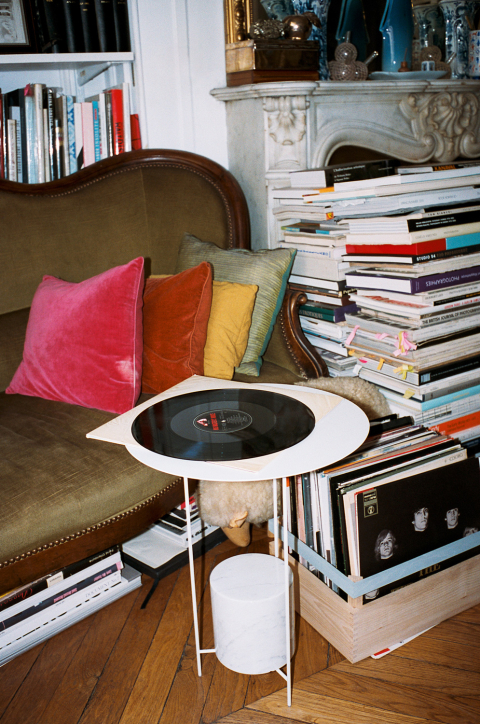 7 | Design and fashion, similarities and differences.

I think design and fashion are quite similar, they both need to look good and to have a function. They create an atmosphere, a mood. Design is probably a bit more technical because is something that has to lasts longer, there’s no “fast design”. With fashion you can be a little more flexible, with the quality for example. 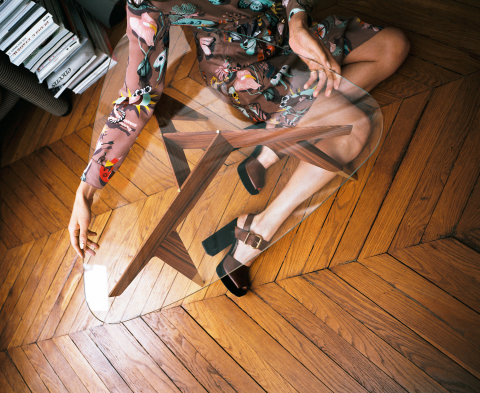 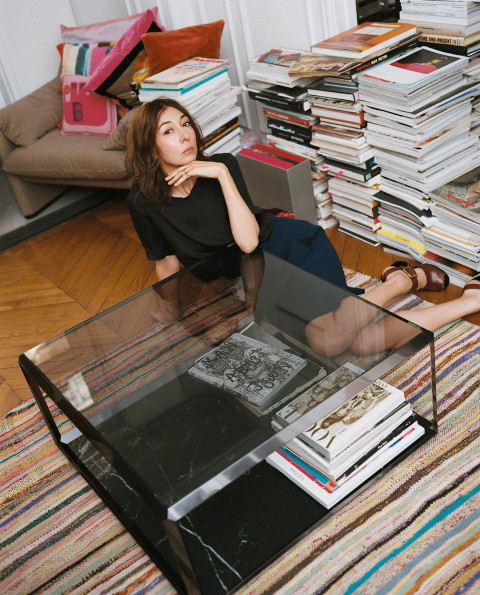 I love to cook simple things, but I still love going to the restaurants, it depends on the mood.
I like to cook for my sons, to share something with them, while I love going to restaurants with friends because you can choose what you want and then leave when you want.

I like to move, I like to change, even if I move only three streets or two doors away.
It's really important for me to move, to have new ideas, new lights, new walls and angles, but at the same time I think that if I had to change I would still choose Paris, I really love this city, it's a really nice place to stay. But maybe I’d like to be in a more modern place, and not having all those things on the walls, it would be relaxing for my eyes, since I have so much stuff. 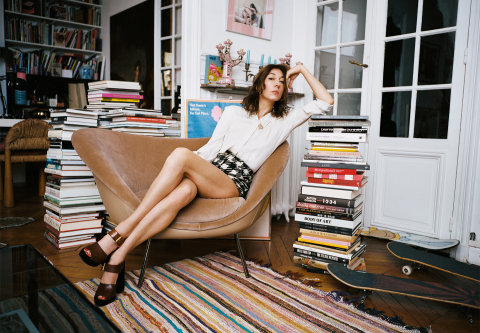 Camille Bidault-Waddington became passionate about fashion at an early age while living in Rouen, far from the capital, with her mom who had subscriptions to almost every fashion magazine of the time. It was in 1997 when Camille moved to London that she met editors Katie Grand, Charlotte Stockdale, Grace Cobb and Harriett Quick, as well as designers
Giles Deacon and Stuart Vevers, and she began her career as freelance fashion stylist at Dazed & Confused and later shooting for The Face and Self Service, where she was featured in the first issue with photographer Horst Diekgerdes.
Camille currently lives in Paris, where she works as consultant as well and her collaborations see names such as DVF, Schiaparelli, Max Mara, Fendi. She regularly contributes for M Le Monde, AnOther, Double, Re-Edition, Purple, Dazed, working with artists such as Angelo Pennetta, Max Farago, Terry Richardson, Colin Dodgson, Collier Schorr, Casper Sejersen, Robi Rodriguez and Mark Peckmezian.