The tenth episode of #HouseOfMolteni is set in Hong Kong. Kevin Poon, entrepreneur and fashion designer takes us to the discovery of his studio and the city.

The tenth episode of #HouseOfMolteni is set in Hong Kong. Kevin Poon, entrepreneur and fashion designer takes us to the discovery of his studio and the city.

1 | What does your studio represent to you?

My studio represents a working space but also a place for me to be creative and have fun.

The furniture has been a culmination of all my travels and picking up pieces here and there: things from Japan, vintage furniture, all type of different furniture from around the world. 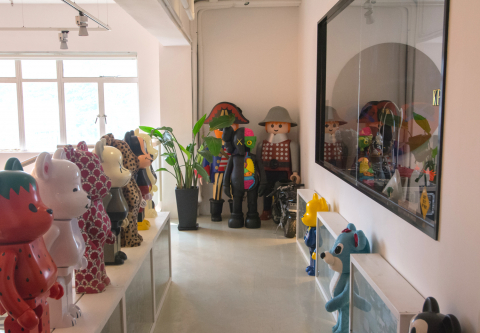 Art is in the center of our DNA so we love having different art in the studio, as you can tell. Kaws is one of our favorite artists along with José Parlá, Jonas Wood, Sterling Ruby just top name a few.

I get my best ideas from traveling. Sometimes when I’m in my office I get too busy with day stuff while when I’m traveling I get more perspective.

I like having both, open and separate space because it gives me flexibility. Sometimes I need to have conversations in private and sometimes it’s good for me to share it with the team. 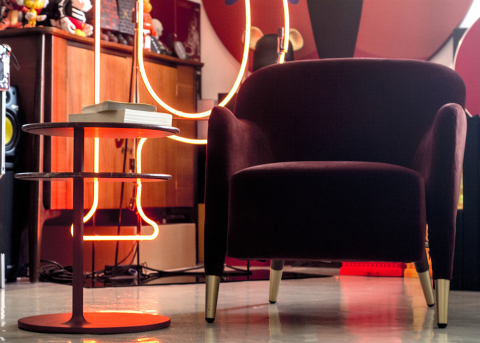 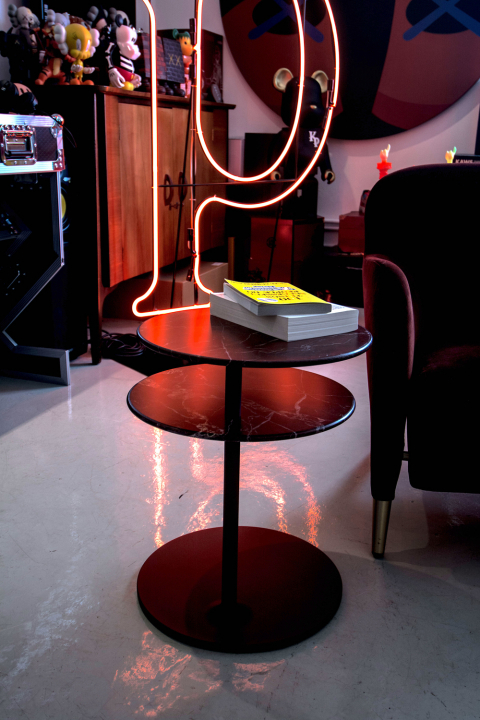 6 | Is your studio a shelter or a place for sharing?

My studio is a place for sharing, I just love having people around and I think sometimes when there is a lot of people there are also great ideas. 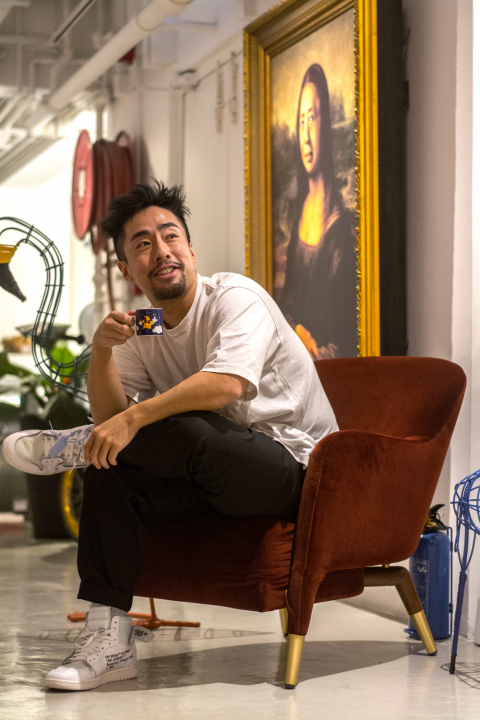 Design and fashion are hand in hand. Without design it’s hard to have fashion I think. Everything is design.

I prefer restaurant but home cooking once in a while is great. 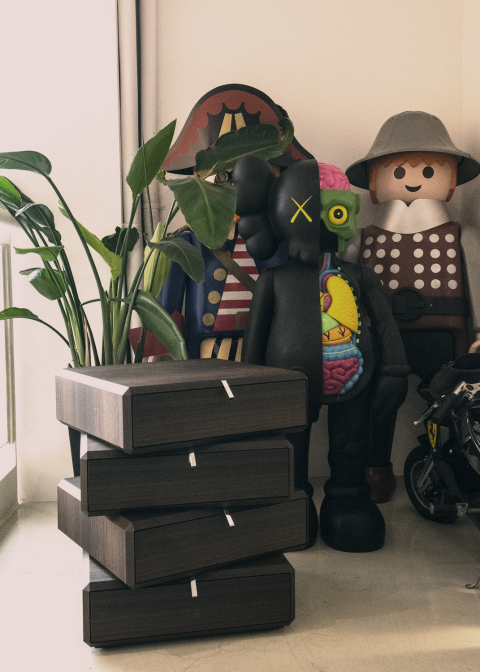 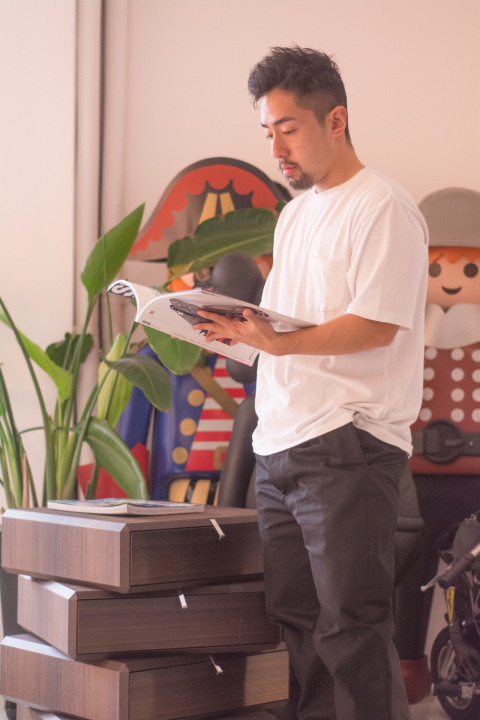 This is my newest restaurant opened in November of last year, it’s a Spanish restaurant with a twist. Malibu meets Soho House vibe with an indoor and outdoor area. All day dining, located in IFC Mall, one of the busiest and highest foot traffic mall in the world. 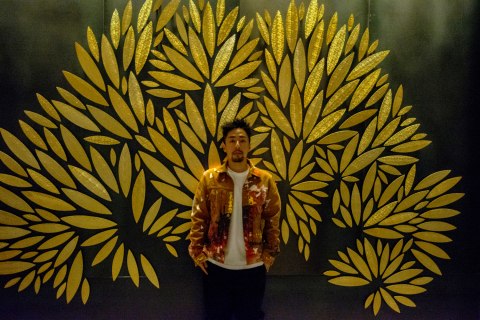 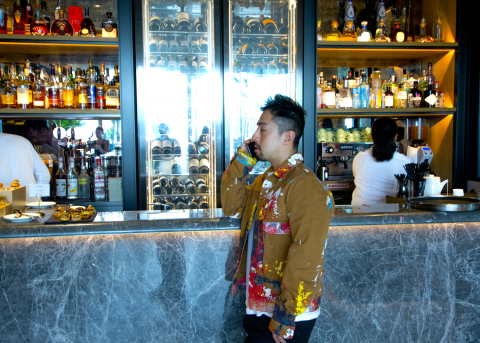 This is a design and lifestyle store that was conceptualized by me. Lots of small different design items, art toys and eyewear. There is an Elephant Grounds coffee corner in the back serving ice cream, sandwiches and coffee. 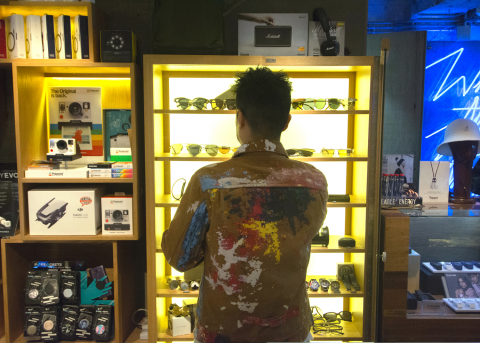 This is a store that was co-founded by Edison Chen and myself. It houses a lot of different streetwear and contemporary wear brands and sneakers as well. We started in 2013 and now we have 10 locations in Asia with Los Angeles opening in the fall this year. 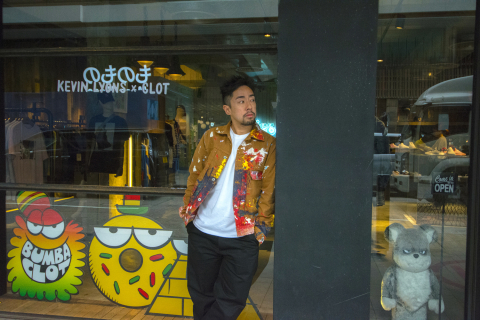 Elephant Grounds is the cafe that started in the back of Woaw Store and now has 6 locations across Asia. The concept is coffee and chill, all day breakfast, ice cream and a chill environment for creatives to gather. Also opening in London, Barcelona and Manila in the next 16 months! 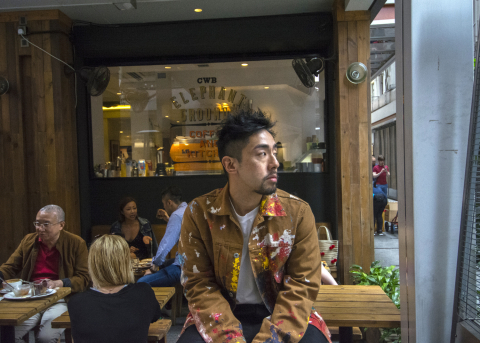 Kevin Poon is a Hong Kong-based entrepreneur and fashion designer. He is the co-founder of Hong Kong’s streetwear brand CLOT. He also launched JUICE, an international retailer with outlets across Asia including Shanghai, Taipei, and Kuala Lumpur. Poon launched District Distribution in 2011 and then founded Social/Capital, a marketing and public relations agency in 2012.
In 2013, Poon organized the all-day music festival, Blohk Party, that was curated by Pharrell Williams and featured both international and local DJ's and bands. Poon opened WOAW! that same year, a concept store that sells oddities and collectible goods. The following year, Poon opened a coffee shop called Elephant Grounds in the back of his WOAW! store.