The last episode of the series is set in Antwerp and features Vincent Van Duysen, architect and Creative Director of the Molteni&C|Dada brands. Vincent Van Duysen welcomes us in his city and his home, releasing an exclusive interview. Everything is accompanied by the City Guide, format with which the protagonists of the project guided us to discover the most exclusive places of their city.

The last episode of the series is set in Antwerp and features Vincent Van Duysen, architect and Creative Director of the Molteni&C|Dada brands. Vincent Van Duysen welcomes us in his city and his home, releasing an exclusive interview. Everything is accompanied by the City Guide, format with which the protagonists of the project guided us to discover the most exclusive places of their city.

A sanctuary, my home is my sanctuary.

I chose all the furniture.
There are also items that I designed for Molteni&C which feature the elegance that is part of my vision.
When we placed them in my house, I immediately understood that we had managed to blend my own vision and that of the company perfectly.
Yesterday, while I was wandering round the house, I looked at them and thought: yes, these are pieces that I designed for Molteni&C, it’s as if they had always been here, while they are pieces that we have developed in the last couple of years and that gave me a sense of great satisfaction, knowing that it is the right direction. 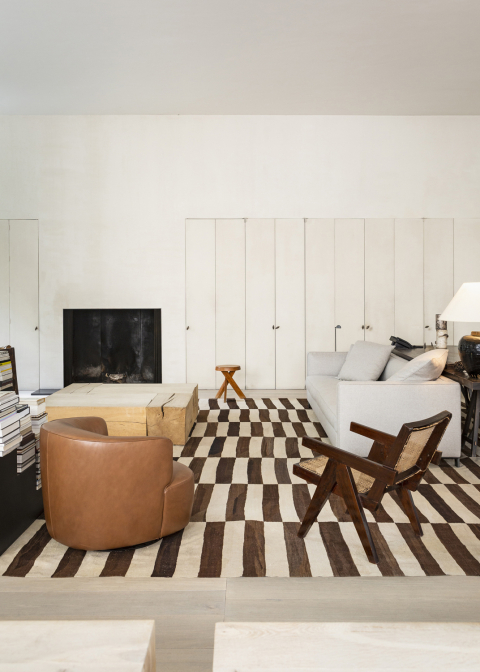 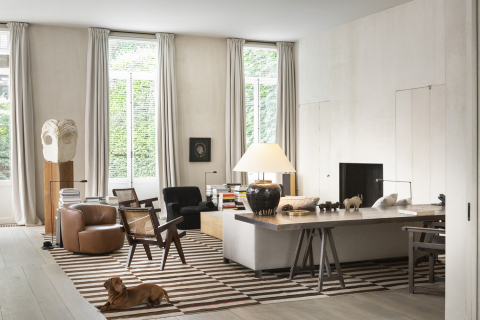 I love all my artworks because each one has its own story and they all communicate with each other. I chose them personally and admire these artists. 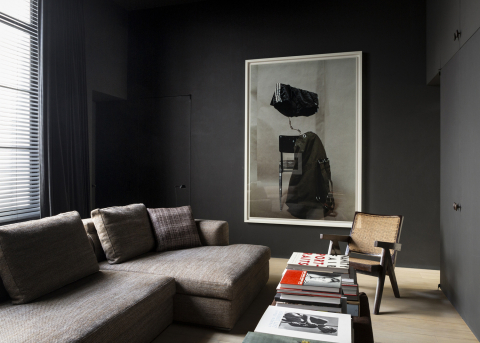 When we placed the Molteni&C pieces in my house, I immediately understood that we had managed to blend my own vision and that of the company perfectly. 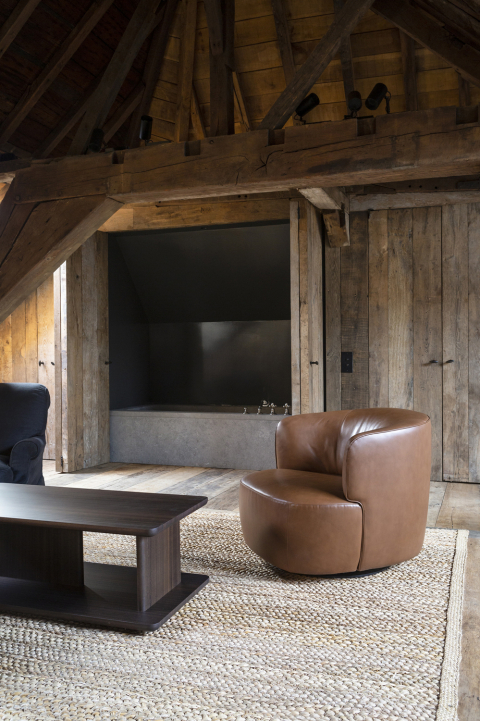 There’s no particular corner where I get my best ideas and when an idea does come to me, I see it in my mind’s eye; I’m not someone who draws a lot on paper.

I have a garden too, something of an oasis, a secret garden hidden from the road. A green oasis where there are only water, dogs barking and leaves moving. This is where I take a break from my work, from my thoughts and stay on my own. Yesterday school started and from this garden I could hear their voices, I hear them chatting, playing and shouting and I think back to the time when I was young, when I went to school, when I played. It means a lot to me… it’s a poem that I really like.

I love open-plan but I like separate rooms too. 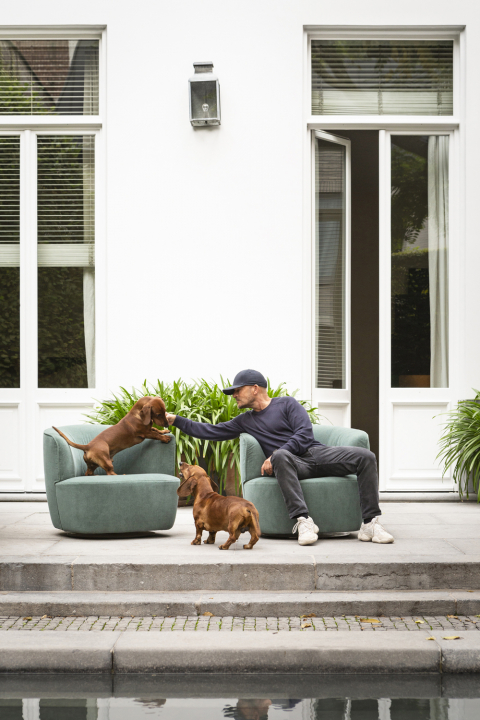 My home is my refuge where I disconnect from life’s stress, from my work, my weekly commutes, in which I find peace with my dogs: Gaston, Loulou and Pablito.

Loulou is the lady of the house, the only female. Pablito is eight months old and arrived from Mexico aged four months. But Lulù is number one, she manages everything, she is the boss.

I dislike the name design or fashion; I don’t really like defining these spheres too precisely. I’m not one for rules, I’m very intuitive and everything I do is dictated by intuition.

I’m not one for rules, I’m very intuitive and everything I do is dictated by intuition.

I prefer having a bath, I like floating in water. 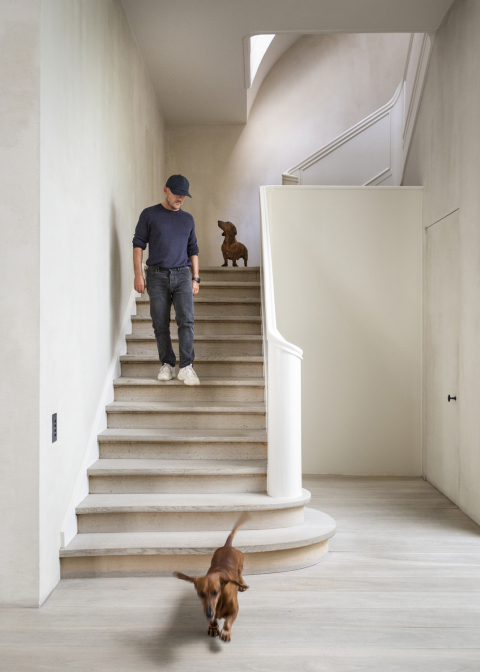 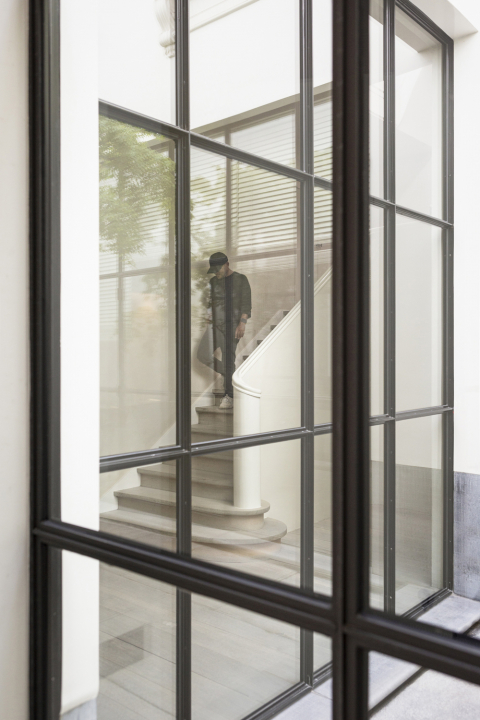 I prefer eating at home when I can, because my work involves a lot of travelling and I often find myself eating in restaurants.

I really like living in Antwerp, it’s one of Belgium’s finest cities, where so much has happened in the country’s history. It is also one of Europe’s largest ports, it attracts a lot of foreigners and there is always something going on. We have also had some great artists here, in the past, painters like Rubens. But right now I am also building myself a holiday home in Portugal because I’d like to live in a place close to the Atlantic Ocean, in synergy with Nature. 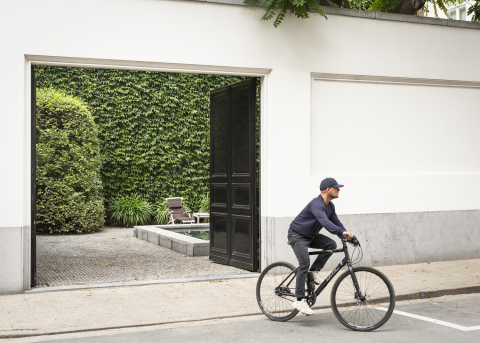 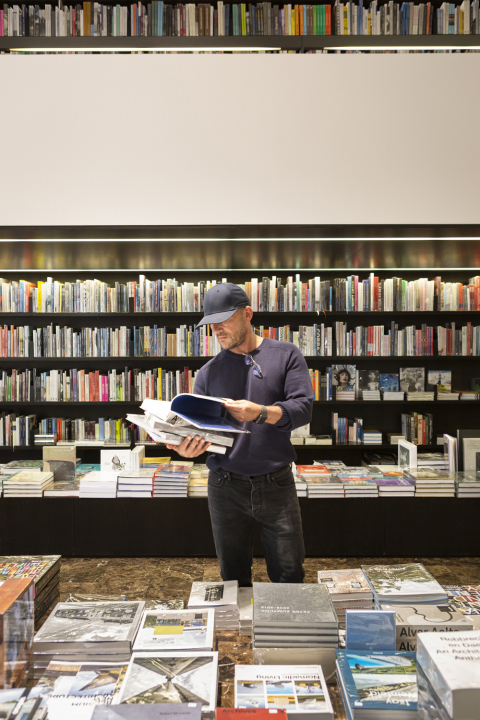 A project by Vincent, he is an avid book reader himself, with an extensive library of architecture, art and design books both at his home and in the office. He has a clear preference for printed books, not at all for digital material.

The tunnel opened in 1933 and connects the right with the left bank. Vincent loves the fact that it is completely tiled and that the authentic wooden escalators are still functioning.
On the left bank, he enjoys the fantastic panoramic view on the skyline of Antwerp.

how to get there 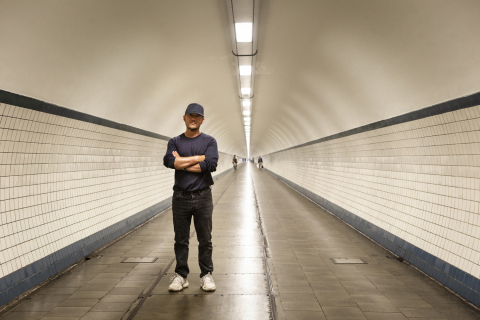 In the heart of Antwerp, close to Vincent’s private home, you can find a small green oasis. Initially it was the garden of medicinal plants of the neighboring St. Elisabeth Hospital. Vincent especially appreciates its colonnade. 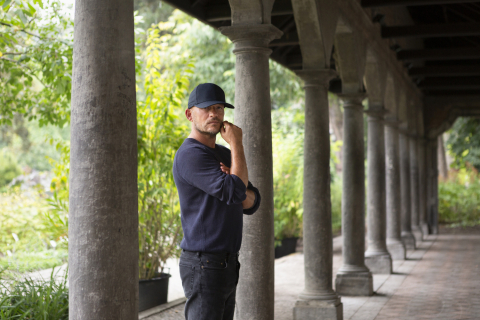 Vincent Van Duysen was born in Lokeren, Belgium, in 1962, and undertook a degree in Architecture at the Higher Institute of Architecture Sint-Lucas, Ghent. Between 1986 and 1989 Van Duysen worked in Milan and Brussels, after which, in 1990, he opened his own studio in Antwerp concentrating on architecture and interiors. A strong relationship exists between Van Duysen’s designs and architectural projects – he develops furniture and objects with an architectural perspective – creating spatial relations rather than shapes. A rescaled interpretation of the architectural work, Van Duysen creates pieces that afford a purity and essentialism yet remain tactile and grounded. Vincent Van Duysen Architects is currently active with numerous works, including their first hotel project, in Belgium as well as an increased focus on significant international projects including residential works in London, New York, and Milan, offices in Beirut and Riyadh, and high-end commercial fitouts in Paris, Rome, and Hong Kong.